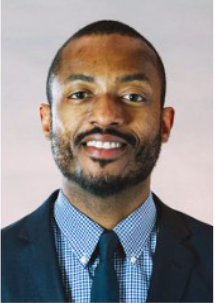 Quintin L Cole was born in Chicago IL and lived there until the age of 11 when his family relocated to the state of MS. He attended and graduated from Hattiesburg High School. He then went on to Florida Agricultural and Mechanical University in Tallahassee FL and obtained a BS in Physical Therapy in 1997. Upon graduating college Quintin moved to New Orleans LA to begin his career in Physical Therapy. Since that time Quintin has concentrated his career in orthopedic rehabilitation. In 2002 Quintin obtained the position of Area Therapy Director for Concentra Medical Centers and oversaw multiple clinics in both New Orleans and Baton Rouge. Quintin returned to his hometown of Chicago in 2007 when he joined his current employer Upstream Rehab as a staff Therapist. He currently serves as VP of Operations for Upstream Rehab and currently oversees over 50 physical therapy locations primarily in the Pacific Northwest. However, during his tenure he has overseen clinics in the states of IL, IN, MI, KY, TN, LA, FL, TX, UT, NV. His travels each week has contributed to his appreciation of understanding the value of safe communities and the resources needed to make that possible.

VP of Operations Upstream Rehabilitation. Quintin brings his 20+ years of management and operations experience to the team at Starts Right Here.

Professional accomplishments:  Certified in Manual Physical Therapy from the University of St. Augustine 2003.

Orthopedic Specialist Certified (2007-2017) by the National Federation of Board Certified Specialist.