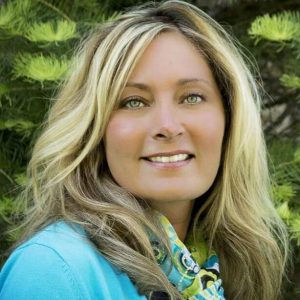 Trish was born in Los Angeles, California but grew up in Mundelein, Illinois, a northern suburb of Chicago. She came to Iowa in the late 80’s, a transplanted Iowan, but proud to call it her “HOME” after 30+ years.

She attended DMACC and earned an AS Degree in Criminal Justice, and then attended Drake University, earning a BA Degree in Criminal Justice/Sociology. Her goal since childhood was studying abnormal behavior in society with a focus on serial killers and why they do what they do. While becoming the next “Clarice Starling” with the FBI is not where life led her, as originally planned, she used the knowledge of understanding and analyzing human behavior to ultimately lead a successful career in sales & marketing, and fundraising for non-profit organizations.

Trish leads with passion, it is her driving force. She is a connector. Community is important to her and through her work with the Chamber of Commerce in Des Moines, her passion brings together the businesses and the community, creating a necessary relationship toward building a thriving environment, in a city to be proud of, in which we all work, live and play.

Trish is married to Stewart Barnes, a retired Des Moines Police Officer. They have two children, Cole Flaherty and Zaakary Barnes, and two forever infants – a Chihuahua named Bella and a German Sheppard named Poppy. They live on the southwest side of Des Moines and spend their time traveling when their busy schedules allow, and giving back to their community at every opportunity.